Anurag Gupta
Anurag is a great source of inspiration for all. He completed his schooling from Bhopal, BE from Gwalior and then went to Australia for higher studies. Received his Masters from Monash University followed by Post Graduate Program in Management from Great Lakes Institute of Management.

Anurag started his career by working in Salesforce, Australia and after a nice career stint in other company in Australia came down to India. For a brief period, he worked with Avion Systems Pvt Ltd and took a strong-willed decision to run a school in Gwalior. He has been running a school where he is constantly working to help students by amalgamating traditional value systems with modern systems. Anurag adds meaning to our vision by helping us to remain motivated dreamers.

Chiranjeevi Eslavath
All through his career, Chiranjeevi has demonstrated the philosophy " you just got to desire to do something and put your head down, work for it and you get it". Chiranjeevi holds an engineering degree in Computer Science from Jawaharlal Nehru Technological University, Hyderabad. He joined State Bank of India as a Probationary Officer. During his tenure with SBI, he worked at multiple locations of Karnataka and in multiple roles. With his outstanding performance, he became the youngest Chief Manager ever in SBI at the age of 31. He had been to SBI Frankfurt (Germany) as Assistant Vice President and head of Retail Banking. He holds an MBA from WHU – Otto Beisheim School of Management, Düsseldorf (Germany). Currently, he is working for Amazon( Germany) as Pathways Operations Manager.

Chiranjeevi is a person who has developed an acumen to plan his future and make moves accordingly, achieving the desired results on the way. He helps Vidhikarya in planning and devising the right movements as a mentor.

Jayant Kumar Thakur
Jayant is a self-made man and along with him we all take pride in saying that. He, after his graduation from College of Commerce Patna, moved to Delhi to pursue Law from University of Delhi. Post his law degree Jayant worked with two law firms namely- Kanth & Associates and Luthra Anand & Associates. Later he joined Hewlett Packard (HP) as a Legal Counsel and currently he is heading the Legal department of Data Dimension, India Pvt. Ltd.

Jayant is known for his confidence and never-say-die attitude. His in-depth knowledge of Legal world and his incisive analysis of law makes him an expert in his domain. He is the beacon light for us.

Sanjoy Sarawgi
Sanjoy an alumnus of Sainik School, Purulia and IIT Kharagpur is a man of words who will speak the logical truth and nothing else. Sanjoy has been a brilliant student and astute person. Post his graduation he went to US to pursue his Masters from Washington State University. After completing his Masters, he started working in American Electric Power and continues to work there. He has great business sense which he seems to have inherited and he loves to do the right things in the rightful manner.

He acts as a compass for Vidhikarya and helps us to remain focussed on the vision that we have for Vidhikarya. Sanjoy's habit of being straight forward and asking direct questions helps us to be on our guards always and benefits us a lot. 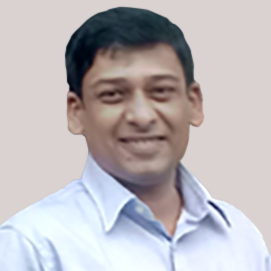 Utpal Chakraborty
Utpal likes to dirty his hands in our business and then advise us. He completed his Bachelor of Science from University of Ranchi and then pursued his Post Graduation in Rural Management from Indian Institute of Rural Management, Jaipur.

Utpal has all along worked in the social sector specialising in the area of microfinance and financial inclusion. He started his career with BASIX Microfinance followed by another microfinance institute, ACCESS Development Services. Later, he went on to work for DCB Bank and SIDBI looking after the social aspects of banking industry. Currently he is working as a Consultant for Frankfurt School Financial Services and looking after their business in South East Asian Region. Utpal is not just an advisor to us but also a part of Vidhikarya. He helps us in shaping our offerings and services by aligning it to the needs of the people.