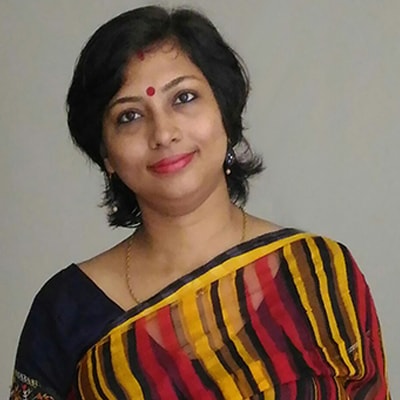 Suparna Moitra
Founder and Designated Partner
With the advent of technology everything is changing very rapidly be it healthcare, food or automobile industry. These changes are impacting our lives and changing the ways we do our transactions and no doubt things are changing for better. Getting most of the services is just a click or a call away

Government policies are changing and getting simplified, attempts are being made that it reaches to all who need them. In this context when we take a close look at the Legal sector, we see that Legal sector is little slower to join the band wagon as compared to other sectors with in the country and Legal sector in other growing economies. Law and order has a huge role to play in the way we live in this society. It has to be competitive so that people get benefited out of it, it should not be used just as a gatekeeper. Law and regulations are in place to improve the quality of our lives and to have right checks and balances. What I observed that most of the people are not aware what they can do when there is an issue, what are their rights and how law can help them. Most of the people realize it late that if only they would have got the right guidance they could have saved a lot in terms of time, money and its impact. With growth and more choices, social issues are on rise in the country and that calls for active participation and action from the legal institutions.

With Vidhikarya, it is our attempt to bring legal services to everyone in an easy way. Our goal is very clear. We want that the legal services should be available to all in a simplified and hassle-free manner. It should be effective for both common people and the Lawyers. In Vidhikarya we are driven by our passion to deliver quality services to all our people. With the help of technology, we are able to reach out to you. Using technology we are going to change the whole experience of handling legal matter. 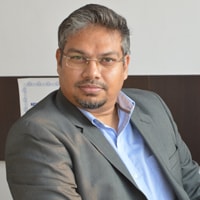 Abhimanyu Shandilya
Co-Founder and Designated Partner
Welcome to the world of new beginning, Vidhikarya Legal Services. We are elated to bring out a new and better ways of seeking and rendering services in this area. Legal service sector has been attracting quite some attention recently from many entrepreneurial minds in the country. At the same time the Government has also been trying endlessly to bring in the much-needed change so that people have access to legal services. Well, to be true not much has happened even after 7 decades of getting independence. This does not mean that agencies are not putting right effort or mind. It’s just that this sector has its own inherent ways because of which systemic problems have become so deep rooted that we take them to be normal way of life. Honestly, that’s so untrue.

Since India is a melange of multiple diversity where one can find a stark absence of uniformity in terms of literacy, value systems, ways of life etc. but unfortunately there is an insane degree of uniformity and similarity when a something has to be shown and understood in a manner it is not supposed to be. It is Idiosyncratic behaviour of people of this country to look at certain section of people with awe and apprehension. Lawyers and Advocates being one group of people who are looked at with awe by the commoner and this makes them feel that talking to a Lawyer is a difficult ballgame.

Like few other professions in India, Advocates profession has its own cultural and professional arrangements because of which extracting a meaningful information which can satisfy Clients’ queries about hiring a Lawyer cannot be obtained easily. This adds to the already apprehensive minds of the people. Similarly, the Indian Judicial system has also not been able to make a progressive and positive impression on the mind of the people.

We intend to shake the present system and reconstruct the sector having two pronged approach for both Clients and Lawyers by introducing Vidhikarya, Vidhik Mitra ( विधिक मित्र ), Vidhikarya Kiosks and other offerings from our team to make legal services accessible to all.