Financial Markets and Services
Q. IPC 420, 408
want take bail? FIR reg on me . al most 95% Misuse amount cleared still they sue on me
7 Response(s)
Reply
A. Dear Sir,
You may get bail with some conditions. 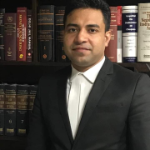 Property
Q. can i take back agricultural land that was given for road to others
few years back we gave a peice of agricultural land to others for road and people using that are creating huge problems now we dont want to allow people using our land and creating problem to us. we h...
5 Response(s)
Reply
A. Dear Sir,
You have every right to take back that land on the ground of misusing the same.

Debt Collection
Q. Personal loan
I have a taken loan from rbl credit card bank. Due to corona I couldn't pay the emi amount, I loss my job. No financial support from my family. The rbl bank executives are tortured me for loan amount....
6 Response(s)
Reply
A. Dear Sir,
ICCI Bank Limited vs. Prakash Kaur case,

The Supreme Court in a landmark judgement reiterated its earlier stand that banks cannot deploy musclemen for recovery of loans from defaulters thus forcing them to end their lives.

"We deem it appropriate to remind the banks and other financial institutions that we live in a civilised country and are governed by the rule of law," a bench comprising Justices Tarun Chatterjee and Dalveer Bhandari said.

The court while dismissing the ...ReadMore
Helpful
Helpful
Share
Latest Response 1 month ago

Civil
Q. Homely matter
Just opposite to my bedroom there is a kitchen of another flat which is on another building and the distance is around 6feet , they hv installed an exhaust fan and after many repeated request they are...
4 Response(s)
Reply
A. Hello,
The issue can be brought out at the meetings of the society,
Although, if no attention is paid, then legal notice may be issued
Helpful
Helpful
Share
Latest Response 1 month ago

Divorce
Q. How long husband might have to pay alimony to wife if both earning?
Marriage lasted only for 40 days. Husband found that he has been cheated by wife's side by hiding her lover affair before and after marriage and subsequently elders got involved and wife left matrimon...
6 Response(s)
Reply
A. Hi,
Woman who is working and has sufficient means to maintain herself will not be allowed any maintenance by the court during divorce proceedings or even after the completion of the proceedings. However if the woman’s income is not sufficient for her maintenance she may be allowed nominal amount by the court. The genuine requirements of the woman within the reasonable limits will only be fulfilled by the court’s order for her maintenance.
Helpful
Helpful
Share
Latest Response 1 month ago 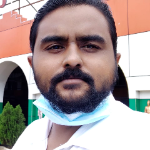