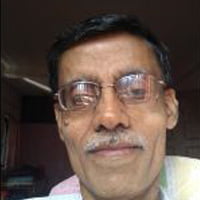 View Full Profile
Consult Request Contact No.
Not Sure Whom to Consult ?
Post Your Matter to explore various options.
Need Legal Advice

Cheque bounce stall the normal transactions in commercial world and thus hinders the growth in business. Since it affects the business cycle in a big way, so the lawmakers have made the cheque bounce as criminal offence and punishable act.

Vidhikarya will help you find a most suitable lawyer, for you in your city, who will be able to answer all your cheque bounce related queries, whether you are the issuer of the cheque or payee, and also guide you on how to resolve this matter with ease.

About the Cheque Bounce Laws

A bounced cheque or a dishonoured cheque is a situation wherein the payer’s Bank abstains from making the payment to the payee for different reasons like mismatch in the signature/account number, insufficient funds in drawer’s account, etc. Bouncing of cheques is a statutory offence (criminal offence), and there are legal conditions to be followed in the event of a cheque bounce.

Once a cheque bounce has happened and the payee has initiated a case then the defaulter has no option but to either pay the amount with in the stipulated time or else defend the case in the court. In either case he has to engage a lawyer to help him sail through this legal tangle.

So, what Vidhikarya can do for you is that it will help you in finding and engaging a right and suitable lawyer for your cause.

We at Vidhikarya endeavour to help you and assist you in finding the right lawyer in your city or otherwise so that you can go ahead and peacefully get your legal matter resolved. You do not have to worry on how to hire a lawyer or find an advocate for your matter. You can simply dump the question of “find an advocate in my city” to Vidhikarya and just relax.

What the cheque bounce law is and what it does?

Section 138 of the Negotiable Instruments Act 1881
Section 138 of the N.I. Act makes dishonour of cheque for insufficiency of funds a statutory offence. As per this provision, bouncing of any cheque issued for a legally enforceable debt or liability can be a ground for a lawsuit with certain conditions.

Conditions for applicability of Section 138 of N.I. Act
Cheque must be drawn within a period of three months from the date it’s drawn or within the period of its validity, depending on whichever date is earlier.

The holder (one who was supposed to get the money after depositing the cheque) has to demand for the payment of the bounced cheque within 30 days from the day when he was made aware about the return of the concerned cheque as unpaid.

The drawer of the cheque must have failed to make payment of the concerned amount to the payee within 15 days from the date of receiving the ‘Notice’ spoken of in the above point.

The debt must be a legally enforceable debt, the burden of proof of proving the illegality of the debt lies on the drawer of the cheque.

What are the applicable laws to Cheque bounce?

Supreme Court in the case of ‘Sangeetaben Mahendrabhai Patel v. State of Gujrat’ has held that simultaneous proceedings under Section 138 of the N.I. Act and Section 420 of the Indian Penal Code(IPC) for a case of cheque bounce is permissible.

However, the dishonest or malafide intention has to be shown by the prosecution to invoke a case under Section 420 of the IPC for an instance of cheque bounce, and this provision does not deal with recovery of money.

Some important facts and cases about and under Cheque Bounce law

The Offence under the Cheque Bounce is compoundable
The offence punishable under Section 138 of the Act of 1881 is primarily related to a civil wrong and the Amendment [The Negotiable Instruments (Amendment and Miscellaneous Provisions) Act, 2002] of 2002 specifically made it compoundable.

The Hon’ble Supreme Court in Damodar S. Prabhu v. Sayed Babalal H., (2010) 5 SCC 663, held that the Accused could make an Application for compounding at the first or second hearing in which case the Court ought to allow the same. If such Application is made later, the Accused is required to pay higher amount towards cost etc. It was also held compounding could not be permitted merely by unilateral payment, without the consent of both the parties.

No need of “mens rea” or guilty mind to be proved
In Mayuri Pulse Mills v. Union of India, Court held that for an offence under Section 138 of N.I. Act, mens rea is not essential as the section brings into operation the rule of strict liability.

Jurisdiction for filing a cheque bounce case
In Dashrath Rupsingh Rathod v. State of Maharashtra it was held that a complaint regarding “dishonour of a cheque” can be filed only in the Court within whose local jurisdiction the offence was committed, i.e., where cheque was dishonoured.

Technical Reasons can not be grounds for Cheque Bounce case
Reason for the bouncing of cheque should not be of a technical nature, as technical irregularities are not covered by the provisions of Section 138 of the N.I. Act. For example, bouncing of a cheque due to incorrect date entered, or due to discrepancy between amount in words and figures, not being in MICR form, etc.

Fine and Punishment under Section 138 of the N.I. Act
Punishment for the above-mentioned offence is a fine which may extend to twice the amount of the original cheque or imprisonment for a term which may be up to two years or both.

Interim Compensation can be ordered
Court can pass an order to pay interim compensation during the pendency of the court. (This law is getting enacted)

Post Your Matter
Get the best Lawyer
for your Case

A step-by-step guide for legal recourse when Chequ...

|A Cheque is a mode of payment that is widely used for transactions including loan re-payment, payment of salary, bills, fees, and so on. Banks on a daily basis process and clear the vast majority of cheques. Issuing cheques are essentially proof of payment. However, cheques undeniably are a reliable mode of payment for most people. Conversely, issuing crossed “Account Payee Only” the cheque is advisable and indeed recommended so that the cheque is not misused in any way, shape or form.  A cheque basically is a negotiable instrument and they are of two types including Crossed and Account payee cheques which are non-negotiable by any person excepting the payee. The issued cheques have to be deposited into the bank account of the payee. The legal definition of the author of the cheque is ‘drawer’ and the cheque is drawn in favor of the ‘drawee’ and the paying bank is typically known as the ‘payee’. Cheque bounce cases in recent times are quite common. Occasionally, huge cheque amounts remain unpaid and payee banks return them dishonored.Dishonor of cheque results in the drawee bank issuing a ‘Cheque Return Memo’ to the payee’s banker pronto stating the reason for non-payment of the cheque. The banker of the payee then returns the memo and the dishonored cheque back to the payee. The cheque can be reissued or the payee can reissue the cheque within the timescale of three months of the cheque date if the drawer believes issued cheque will be honored the second time around. However, if the issuer of the cheque fails in making a payment, then its the payee’s right to proceed along the lines of legally prosecuting the drawer.  The defaulter/drawer may be legally prosecuted by the payee for the fact that the cheque was dishonored. However, the only exception to the rule is if the cheque amount is huge and the cheque payment is towards discharging debt or other defaulter liabilities towards the payee. In the case of a gift cheque, which may have been towards obtaining a loan or for illegal purposes, then the drawer is exempt from being prosecuted.Legal action In case of payee deciding to proceed legally, then the payer ought to have the chance of repaying the cheque amount pronto. The chance ought to be given only in the form of notice in writing. The notice ought to be sent to the drawer within a month of receipt of the “Cheque Return Memo” notice from the bank. The notice also ought to allude to the fact that the cheque amount ought to be paid to the payee within a fortnight from the receipt date of the notice by the issuer. If the issuer of the cheque is unable to pay within a month of receipt of the notice the payee is entitled and indeed empowered to file a criminal complaint under Section 138 of the Negotiable Instruments Act. Call 7604047601 for a preliminary phone consultation with the registered expert cheque bounce lawyers on Vidhikarya.