Post Your Matter
Quick Legal Advice From Expert Lawyer
7604047601
Consult and get Expert Advice on Muslim Laws matters from the Muslim Lawyers in India. 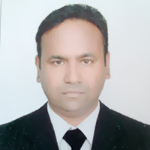 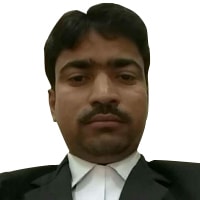 View Full Profile
Total Answers Given : 1
View All Answers
Consult Request Contact No.
Not Sure Whom to Consult ?
Post Your Matter to explore various options.
Need Legal Advice

Vidhikarya will help you find a most suitable lawyer, for you in your city, who will be able to answer all your Muslim Laws related queries and also guide you on how to resolve this matter with ease.

About the Muslim Laws

Islamic Law is a branch of Muslim theology giving pragmatic articulation to the ideal which sets down how a Muslim should live as per his religion, both towards God and towards other men. Islamic Law is perceived as the commandant of God.

There are several sources of Muslim Laws, the most prominent ones are:

Difference between Waqf and Trust

Some important facts about Muslim Laws

There are several schools of Islamic Law such as Hanafi, Shafi, Ismaila, Zaydia, Maliki, Hanbali, etc.

There is an act called ‘The Muslim Personal Law (Shariat) Application Act 1937, which aims at the application of Shariat for the muslims in India. This Act has been in force since the 1937 in India. Adoption is not a recognised concept as per Islamic Laws, however, a muslim may adopt under the Juvenile Justice (Care and Protection of Children) Act 2000.

In December 2017, Lok Sabha passed the Muslim Women (Protection of Rights on Marriage) Bill which aims at banning the practice of triple talaq.

Waqfs is a special feature of the Muslim Law. As per the Wakf Act 1954, Wakf means the permanent dedication by a person professing the Islam, of any movable or immovable property for any purpose recognized by Muslim Law as religious, pious, or charitable. A Wakf is of a permanent nature and cannot be revocable, contingent or alienable. The person giving property for a Wakf can be non-muslim provided he believes in the principles of Islam. The courts have the power of inspecting the functioning of a wakf property, and misusing a Wakf property is a criminal offence.

Post Your Matter
Get the Lawyer
for your Case